My cart
0
Favorites
x
Your cart is empty.
PRODUCTS

How the Solar Eclipse Affects Vision

During the solar eclipse on August 21, many may be tempted to look directly at the sun, but under no circumstances should they do so without special goggles, experts warn.

The eclipse, which will take place on August 21, 2017, will be total in the US and partial in the rest of North America, the northern parts of South America, Northwestern Europe (from Iceland, Ireland, Scotland and Norway to France, Spain and Portugal) and in part of Africa.

But even though the Sun is 93 million miles away from Earth and the Moon will interfere, those in these areas should not look at it, as it can cause serious and sometimes irreversible damage to the eyes.

"Even for a few seconds of direct observation of the Sun can cause damage," says ophthalmic surgeon Dr. Anastasios-I. Kanellopoulos, MD, Founder and Scientific Director of the LaserVision Institute of Ophthalmology, Professor of Ophthalmology, New York University, NYU Medical School. "This is due to the magnifying glass effect. We have all seen, heard or even tried to light a fire on a piece of paper, focusing the sun's rays on a specific part of it with the help of a flashlight. Why are we doing this? To create abundant, focused energy, which will cause combustion. "The lens of the eye is four times more powerful than the magnifying glass, so it has the power to strongly accumulate the sun's rays at a point deep inside the eye, in the retina, burning it."

The damage caused in this way causes the so-called solar retinopathy, which manifests itself in a very characteristic way during the examination of the eye, since "it is as if someone has opened a hole in this tunic", he continues.

The retina is the light-sensitive lining of the eye that carries the light-receptor cells (called sticks and cones), thanks to which we see. Solar retinopathy usually occurs in the central fossa, a very small area of ​​the retina that contains the highest concentration of cones and is responsible for acute, central vision.

The consequence of damage to the central fossa is that patients have blurred central vision or even a "blind" spot in their central field, ie a spot where they see nothing.

The company was strengthened for its modernization within the framework of the Digital Convergence Program and the ROP of Attica. The project was co-funded by Greece and the European Union. 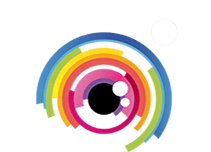 We are waiting for you in our shop in the center of Patras. We serve dozens of visitors daily, many of whom have entrusted us with their eye protection by buying sunglasses, eyeglasses and contact lenses, all at the best price. 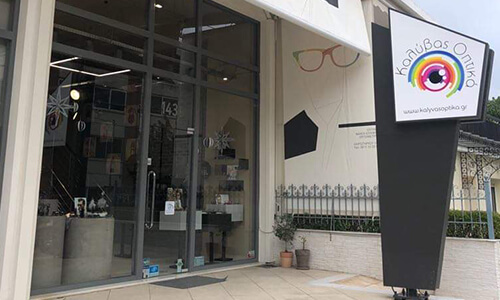 in the suburbs of Patras

Kalyvas Optical Shops trade and cooperate with the largest suppliers - manufacturers in the field of optical products. Our goal is to make our products available to our customers immediately and to keep our catalogs updated with new models, colors, designs and new brands.

Receipt from the store